The Steel Valley is steeped in history dating back to when the first settlers arrived in the 1770s. Approximately one hundred years later, much of the land by the Monongahela river was purchased by local banks and private owners to create the town of Homestead.

Over the years, the area experienced rapid growth and prosperity with the building of a railroad, glass factory and an iron mill. In 1883, Andrew Carnegie bought out the Homestead Steel Works, naming it Carnegie Steel Company. This would set the stage for a violent clash between locked-out steel workers and Pinkerton guards that would gain the Steel Valley international acclaim.

Henry Clay Frick, manager for Andrew Carnegie, announced in the spring of 1892 that skilled workers would receive a reduction in wages—but the union refused to sign a contract. To end the strike and secure the mill from the angry workers, the Pinkerton National Detective Agency was hired. This led to a gun battle that resulted in 11 deaths, dozens of injuries, and the destruction of the union. The “Battle of Homestead” was a stunning setback for unions in the steel industry for years to come. Carnegie eventually sold the steel mill to J.P. Morgan in 1901, forming U.S. Steel.

The Steel Valley continued to prosper for much of the 20th century until the 1970s when the steelmaking industry was slowing down. In 1984, the mill in Homestead closed, and the population of the Steel Valley was nearly cut in half.

At the end of the 20th century, the Steel Valley saw a resurgence with the building of The Waterfront complex. The huge retail shopping, dining and entertainment area brought excitement back to the Steel Valley—making it one of the most prominent retail and nightlife hubs in the entire Pittsburgh area.

Much of Homestead and the surrounding communities are listed on the National Register of Historic Places as the Homestead Historic District. Many homes, churches and commercial buildings date back to the late 1800s or early 1900s and are of architectural and historic interest.

The Bost Building, located at 621 East Eight Avenue, was declared a national landmark in 1999. It served as headquarters for the strikers during the 1892 Carnegie Steel strike. It is now a museum and visitors center. 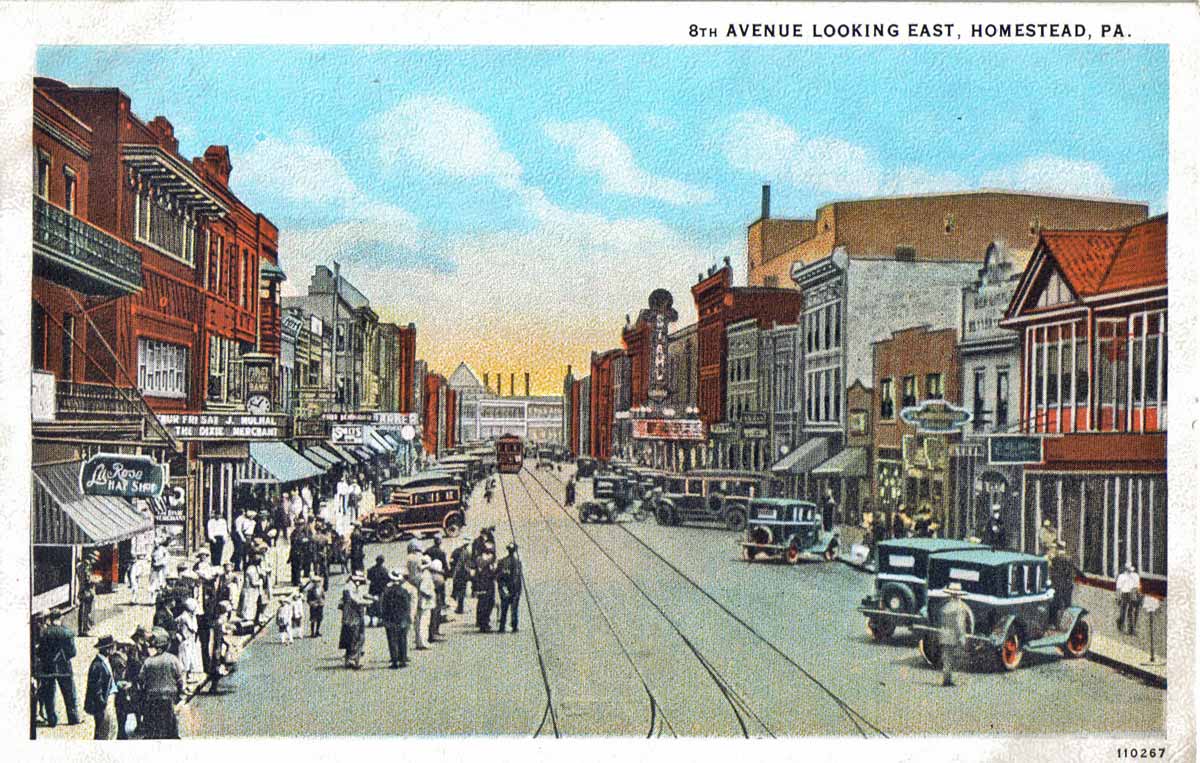 There was a problem displaying this widget:

Your access token has expired! Please login to your administration to reset your token.